Multi Map Exporter is designed to automate map creation and export for your model. Settings can be saved and reloaded so that you can quickly set up the plugin and then leave it to export the maps, freeing you to spend more time creating your art.

Make sure you back up your work before using the Multi Map Exporter plugin. If you force the plugin to quit by pressing the ESC key you may lose your UVs! A ZBrush restart may be necessary to restore your preferences. 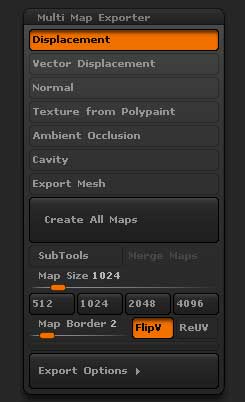 Choose which maps you wish to create and export from top five switches. The sixth option is for exporting an OBJ file of your mesh.

Pressing the Create All Maps button will show a Save file dialog. Once you have chosen a location for the files the process will start. However, you will want to set various options first.

Beneath the Create All Maps button are the main options:

When switched on, maps will be exported for the visible subtools. If you want maps exported for all subtools make sure that they are all visible. The selected subtool is always treated as visible, whatever the state of its ‘eye’ icon.

If this is on, the exported maps will be merged into a single map for all subtools where the UVs occupy the same UV space. If different map sizes are used then only maps of the same size will be merged. ‘Merge Maps’ has no effect if the ‘SubTools’ button is off. 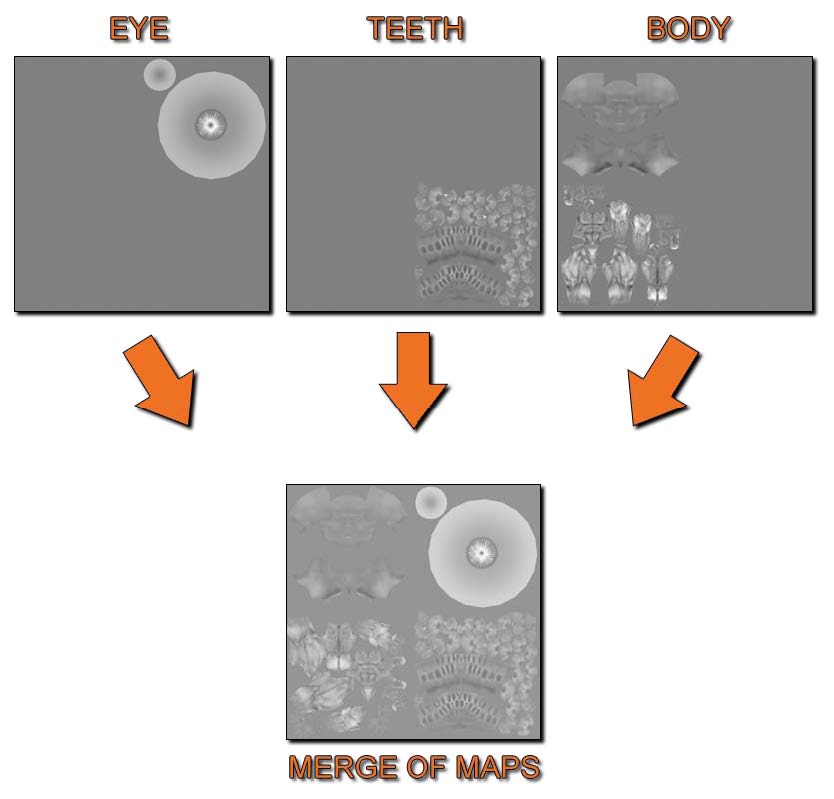 Note: As you can see from the above image the man has three separate subtools (Eye, Teeth, and Body) that share the same UV space. With Merge Maps on the Displacement Maps for the separate Subtools were merged into into one map due to all three Subtools sharing the same UV space. This can be done for all maps.

Sets the size of the map for all maps. Use the preset buttons underneath the slider to quickly set to the most common map sizes.

Sets the overpaint border in pixels.

Flips all maps vertically on export. 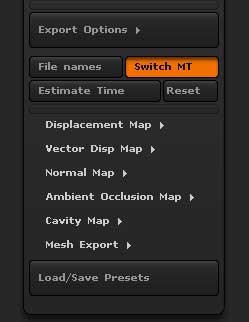 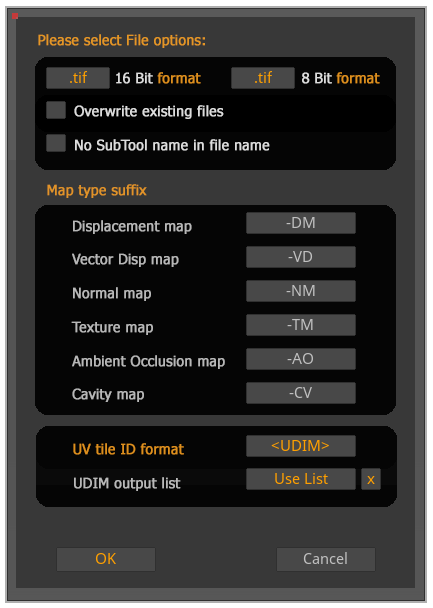 This button only applies if you are using an original base mesh from another application and wish to generate maps for that. It assumes that you have stored a morph target before re-importing the original mesh. Displacement/Normal maps will be generated and then the plugin will switch the morph target before moving to a higher subdivision level for generating texture, ambient occlusion or cavity maps.

Before starting the map export operation, each subtool must be at the subdivision level where the morph target is stored.

A basic workflow would be:

The Switch MT option has no effect if no morph target has been stored.

This button will give an estimate of the time the plugin operation will take for the current settings. 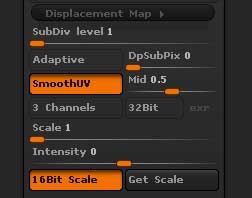 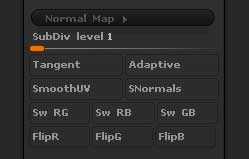 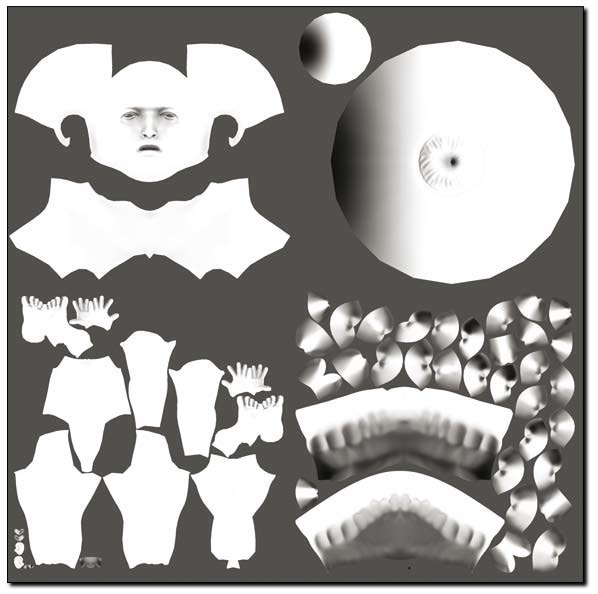 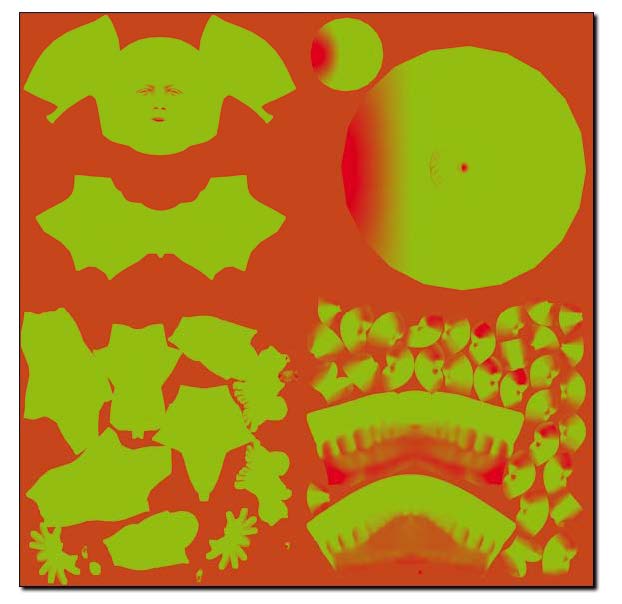 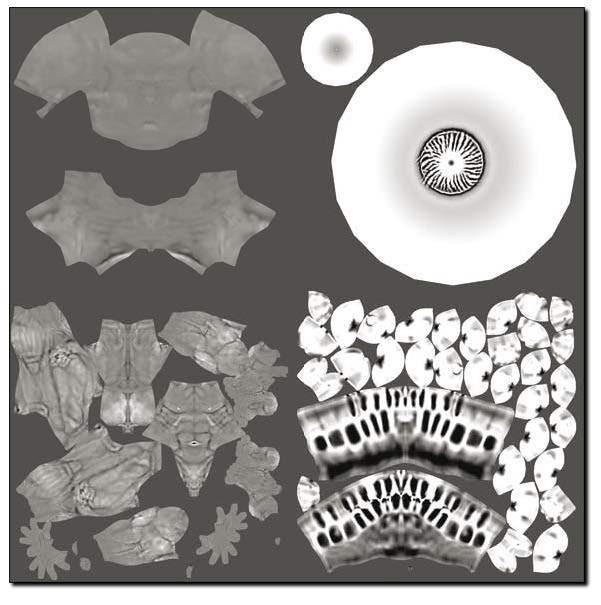 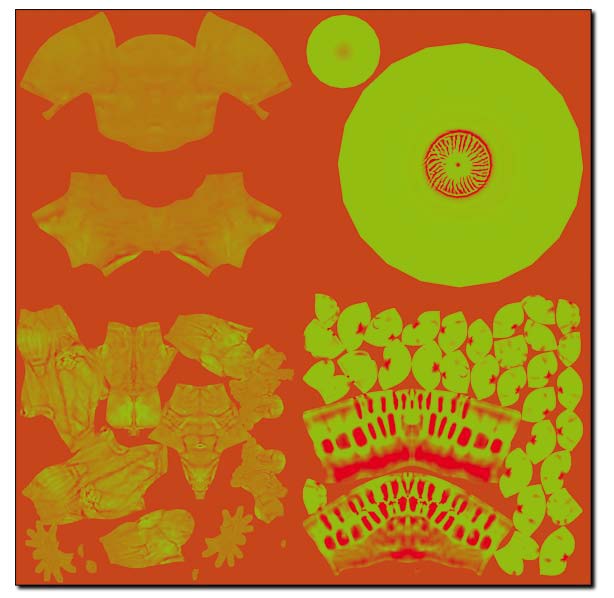 To load or save settings, press the Load/Save Presets button. All the plugin settings are saved, including the Cavity curve (if available). When loading presets a list of the last ten used files is loaded.