In ZBrush there are a few tricks that are seldom used. One of these tricks is using simple3D objects and Initialize to create quick alphas for detailing. 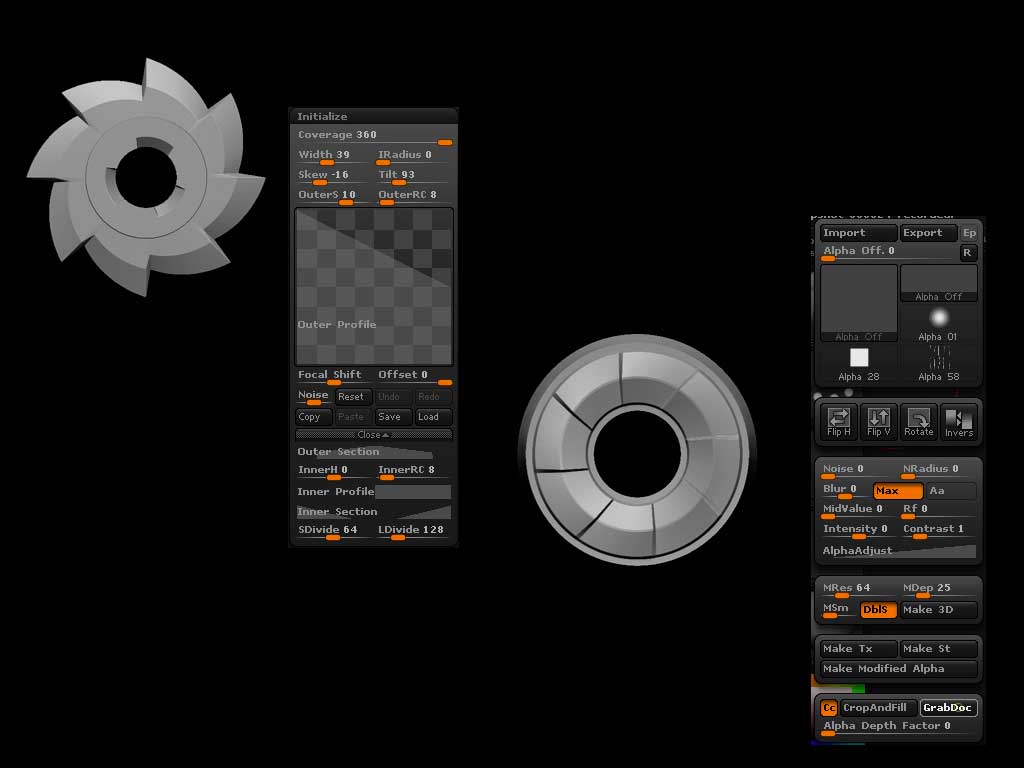 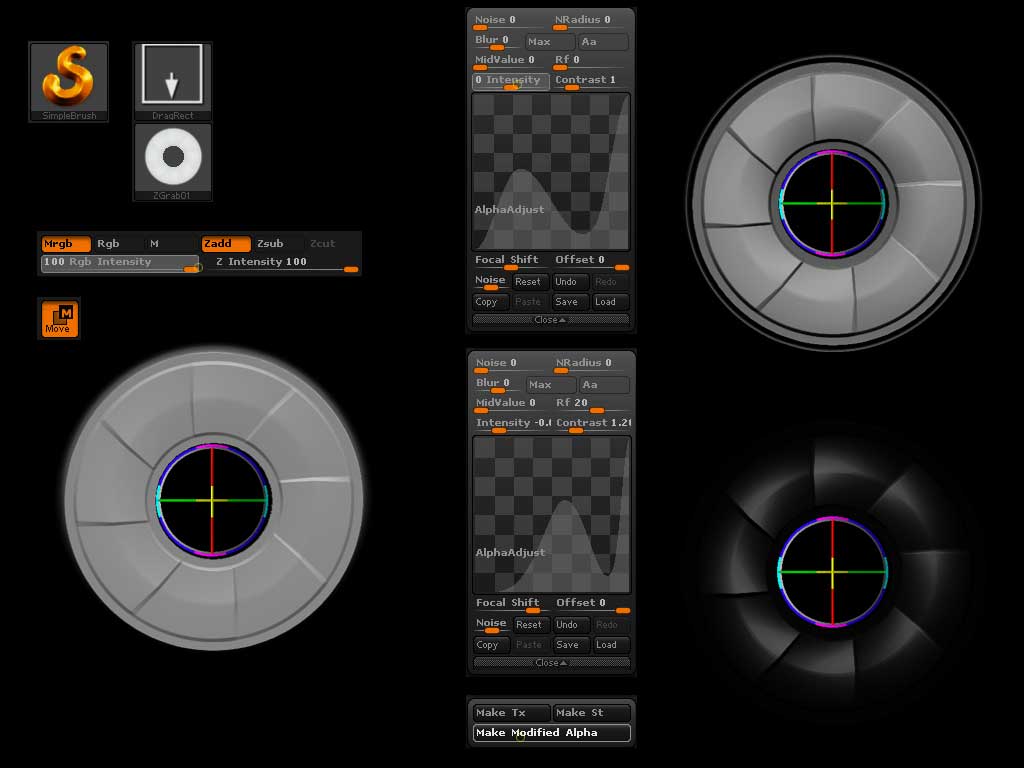 Changing the various settings and curves will generate changes in the Gear3D object. Once the Gear3D object has an interesting shape, frame it to the canvas, and ‘GrabDoc’ Alpha. After the alpha has been created the alpha settings can be changed to further enhance it. 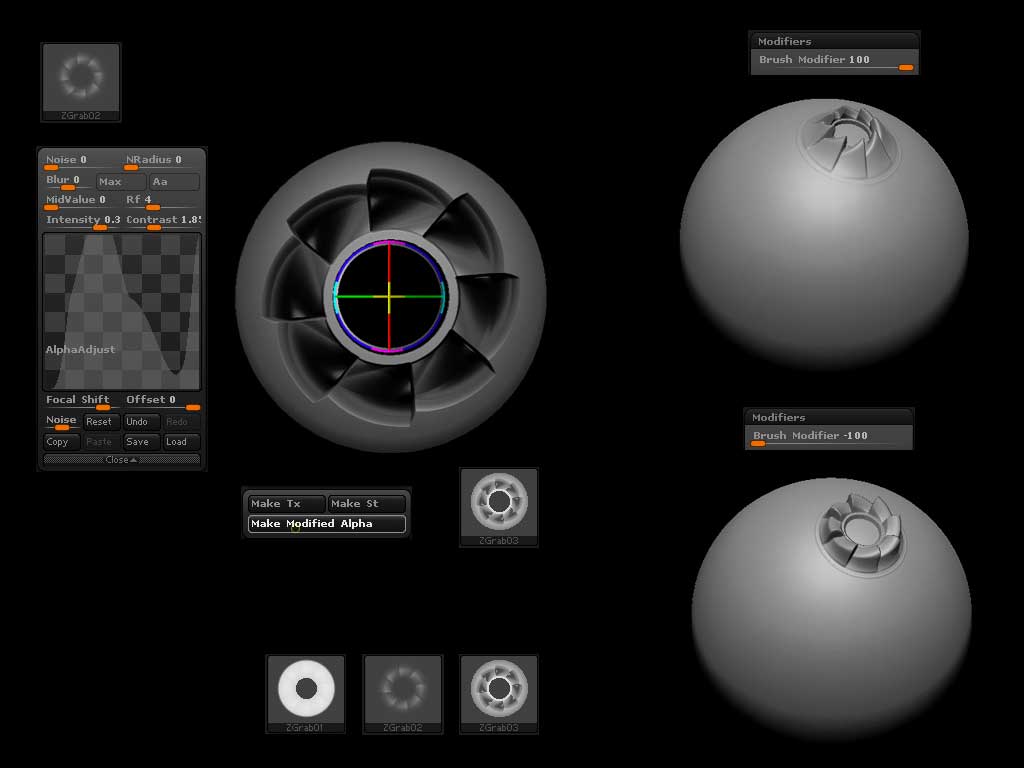 Once a desired effect is created hit ‘Make Modified Alpha.’ Continue changing the alpha settings on the modified or original alpha to create a variety of detailing alphas. 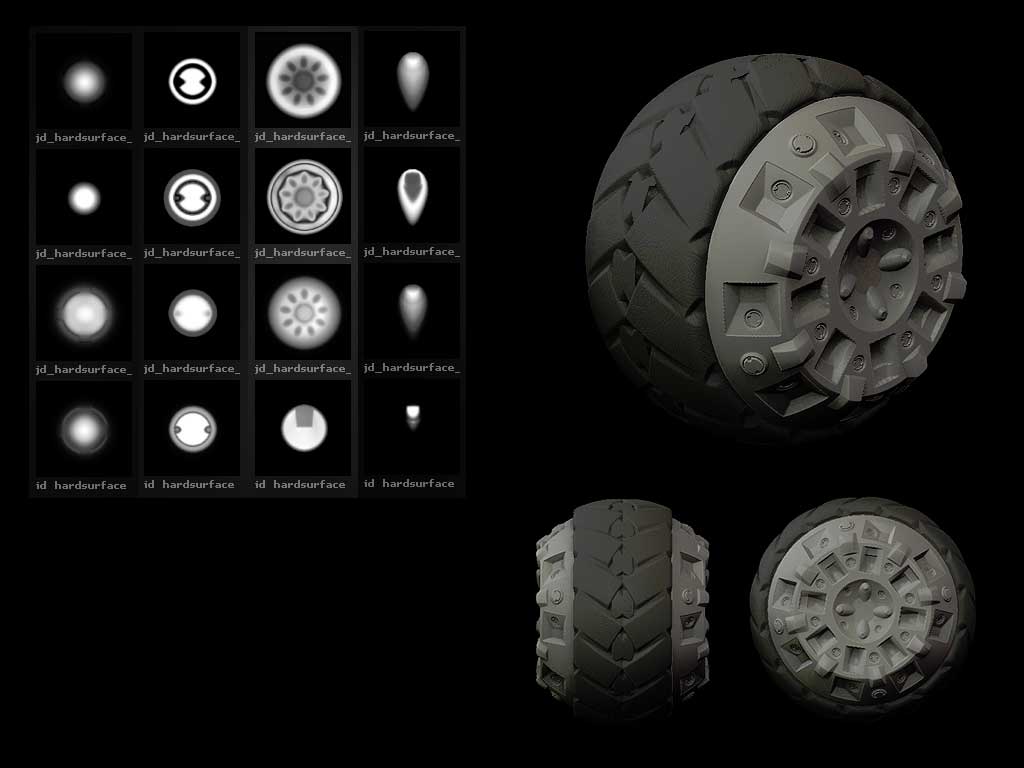 After the alphas are created, export them out and use them with any of the brushes. For further alpha variation change the brush modifier to vary the strokes that the alpha generates. Using these easily created alphas along with the ZBrush Polish brushes can create extremely detailed and interesting hard surface objects.

Other tutorials by Joseph Drust: