ZSphere topology is a great way to create new topology over top of an existing model. Once you’ve learned the simple techniques in this tutorial you will also be able to use ZBrush to change the polygons of your existing models. You don’t even have to lose sculpting that you’ve already done!

Setting Up the Tutorial 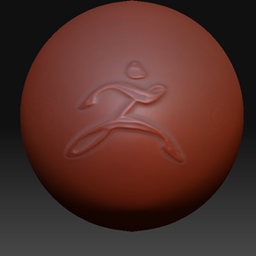 Draw the sphere on the canvas and divide the sphere five times, bringing the number of subdivision levels to 6. That will give you enough polygons to draw something simple on the surface like in Figure 1. Avoid going near the sphere’s poles, since we’ll be removing them.

Now that we have our model, clone it by pressing Tool:Clone. This is going to be important later, in order to keep the sculpting that we’ve done on this model. Switch back to the original version of the model. 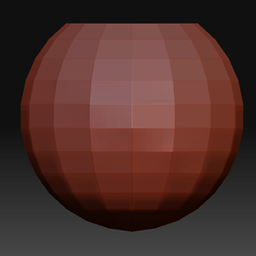 We could do the same thing with the other end, but for this tutorial we’ll remove those polygons via the retopology feature. That way you can see another way to go about things. Go ahead and turn on Tool:Display Properties:Double. This allows us to see the inside of the sphere, which will be helpful later.

Now for retopology! Begin by selecting the ZSphere tool. It’ll replace the sphere in your viewport.

Next, press Tool:Rigging:Select Mesh. From the pop-up menu, choose the sphere that’s missing one end. 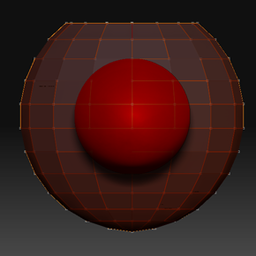 At this point, we can edit the topology as easily as drawing or removing ZSpheres. Rotate the model so that you can see the bottom, and move your cursor across it. Notice how the cursor changes at certain points. Retopology works by adding or removing points. If adding points, then you also need to connect those to the rest of the mesh. It’s pretty simple.

Rotate the sphere so you can see the bottom pole. Put the cursor over the pole and hold down Alt. You’ll see a little minus sign appear next to the cursor, warning you that clicking will remove the point. That’s what we want, so go ahead and do it. All the lines connecting to that point will disappear. 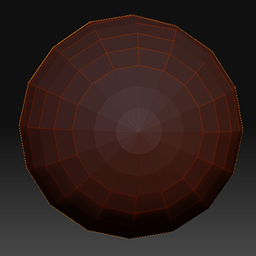 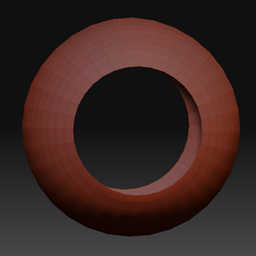 Obviously, this method is a bit more tedious than simply hiding and deleting polygons like we’d done with the other end. But there will be certain times when the reverse would be true, and editing on a point-by-point basis is the easiest way to go. It’s good to have options! 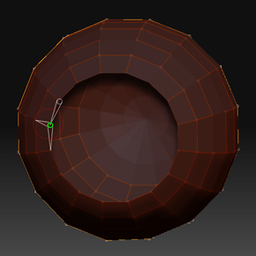 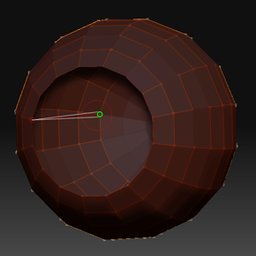 Click anywhere on the canvas to deselect your points. Otherwise, ZBrush would bridge to the new point from the previously selected one! Locate the next green point at the close end, which will be 1/4 of the way around the sphere. Select it and then bridge to its corresponding point on the far side. Repeat for the remaining green points. You’ll end up with four lines that bridge from the near side of your sphere to the far side.

If you now press A to preview the sphere, nothing interesting will happen. You’ll still just see a sphere with two holes in it. This means that we haven’t given ZBrush enough information yet. Time to do some more bridging! 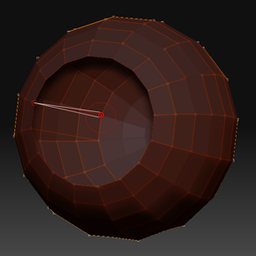 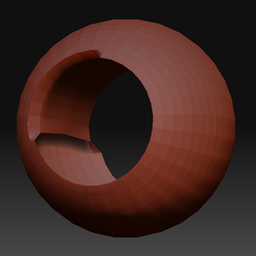 Before starting each bridge, be sure to click on the canvas outside the sphere. You need to deselect the last point that you drew so that you can start a fresh selection rather than bridging to the new selection. But don’t stress out if you make a mistake and forget this. You’ll see a diagonal line immediately, and can just press Ctrl+Z to remove it. 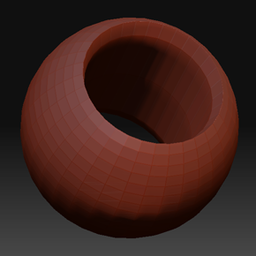 Now all that remains is to detach this new topology from the ZSpheres. Remember how our original model had 6 subdivision levels? By default, ZSphere previews have 2 levels. Let’s tell ZBrush that we want our new mesh to have 6 by setting Tool:Adaptive Skin:Density to that value. Now press Tool:Adaptive Skin:Make Adaptive Skin. This step is what actually detaches the new topology from the ZSpheres that we used to define it. Nothing will happen on the canvas, but a new model will appear in the Tool palette, named Skin_ZSphere#1. Select that to switch what’s being drawn in the viewport.

Transferring Sculpt From the Source Mesh

Now if we were simply editing topology, this is where we’d stop. But we began the exercise by sculpting our original sphere. Wouldn’t it be nice to transfer that sculpt to the new topology? Since the new model has exactly the same shape as the original model, this is super easy! 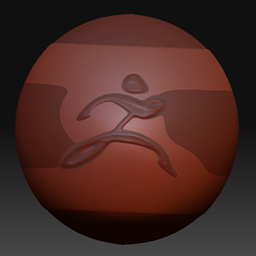 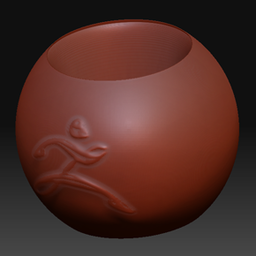 So there you go. In this tutorial you’ve learned how retopology can be used to edit your models on a polygonal level, and even cut holes through your models by bridging gaps between the holes. And you can do all of this without losing any work that you’ve already put into your project. Not bad, huh?  🙂 With practice you’ll learn that retopology really lets you get creative with your models, making it possible to do some truly interesting stuff.