ZRemesher has the ability to retopologize only the visible portion of a partially hid­den model. In this case ZRemesher will automatically maintain integrity with the hidden portions.

To accomplish this, ZRemesher can use two different connection algorithms. The default is quite similar to ZBrush’s Mesh Fusion feature. ZRemesher will treat the new topology as an inserted mesh and connect it to the hidden topology via a polygon bridge. The second method uses the Tool >> Geometry >> ZRemesher Freeze Border option. When this is enabled, ZRemesher will begin with the edges of the visible mesh and build the new topology out from there to create a perfect connection.

It’s key to understand that when FreezeBorders is enabled, the first priority for the ZRemesher is to create the vertex points along the border so as to ensure proper weld­ing. With this in mind, the Target Polygon value will be less of a factor. If your mesh is relatively high in polygon count then ZRemesher must match the borders with the hidden portion of the mesh before finishing the inner topology. 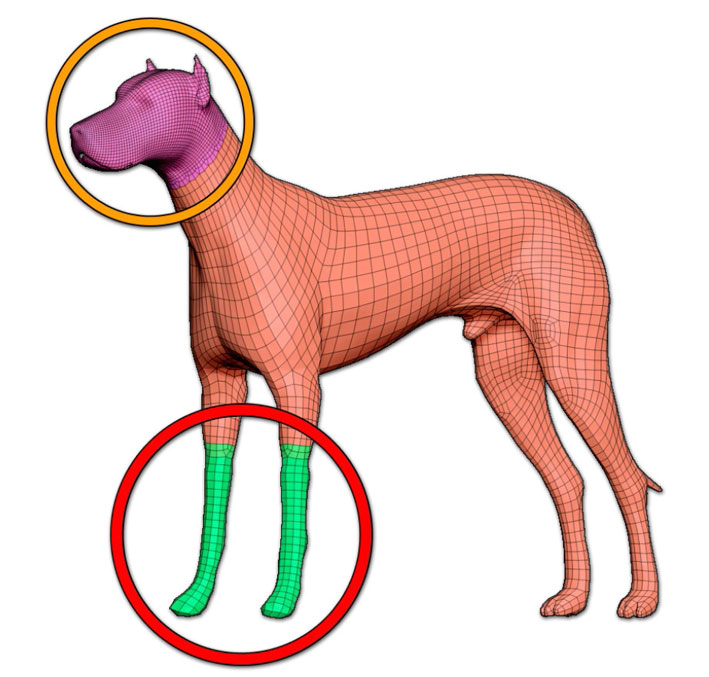 The orange circle shows the polygons which have been remeshed with Double on. In the red circle Half was on.