A simple interpolation between two strokes 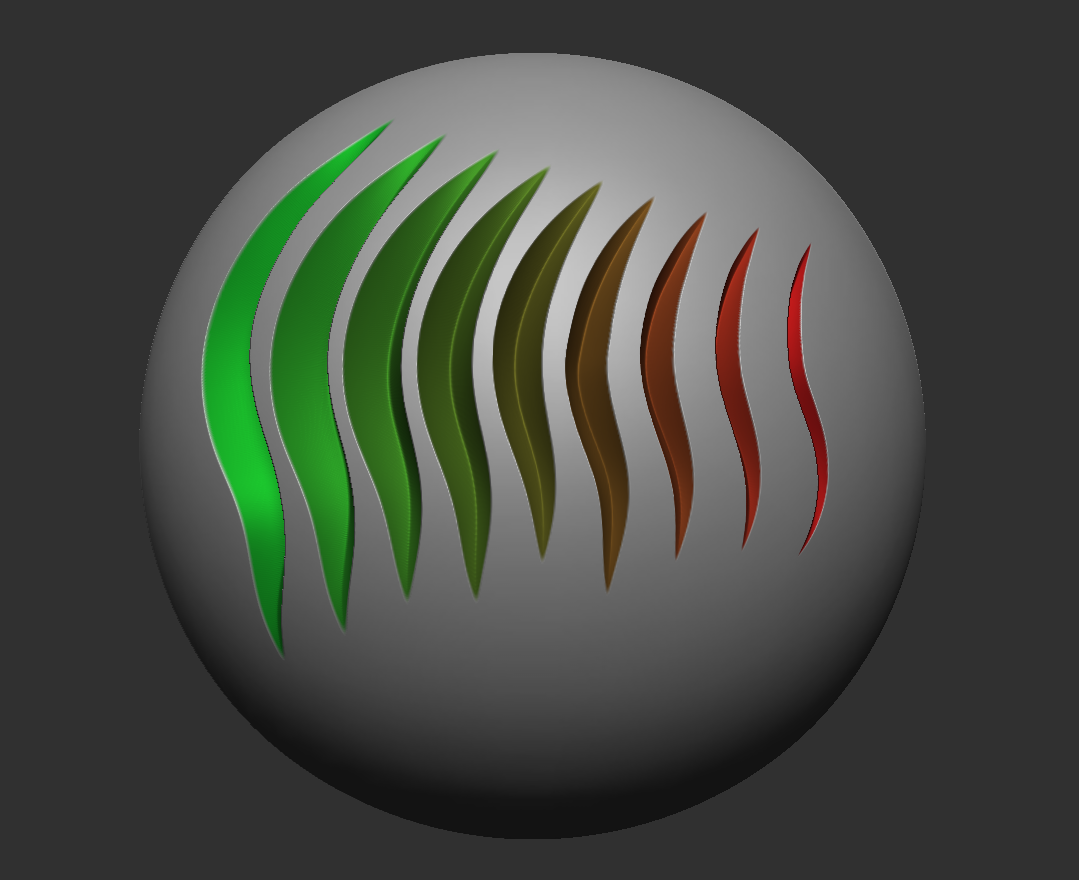 Example of using Interpolate with the ScribeChisel brush

With the Stroke Interpolation feature, you can morph a series of strokes between the last two strokes on a surface. Create striking patterns as one stroke transforms into the other over the specified number of iterations!

The Stroke Interpolation feature can now use ZIntensity, Brush Size, RGB Intensity, and Front and Back Colors to transition between strokes with a set number of steps. Create dazzling blends and intricate patterns of color and detail between two strokes on the surface of your mesh.

Press the button to create the in-between strokes.
Stroke Interpolate has two modes:

Adjust the Strokes Count slider to the number of in-between strokes you want.