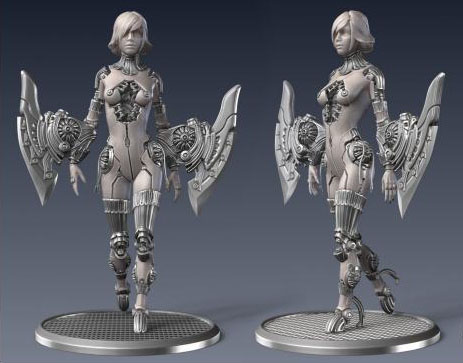 A model with a major use of Curve. Model by Marco Plouffe

Curve Mode will allow you to draw a curve and then sweep your stroke along it. Depending on the selected options, the curve will be deformable and/or movable across the mesh.

When created, the Curve can be applied to any 3D Brush. This allows you to apply deformation to the mesh beneath the curve or to modulate a mesh using the curve settings.

The deformation attached to the curve can also being updating by moving the curve: ZBrush will update the resulting stroke, letting you refine your design and doing fine tuning. As soon as you create a new curve or switch to another operaton, the curve won’t be editable anymore. It means that until you are in your current curve, you can do as much change as you wish.

Several custom brushes with Curve mode activated have been included with ZBrush. These allow effects such as duplicating patterns onto a mesh or even the insertion of other meshes for use with DynaMesh. These sample brushes can be used as good starting points to create your own custom Curve brushes or to better understand the great potential introduced by this Stroke setting. Brushes that have Curve Mode activated can be located in the Brush palette or in the LightBox > Brush > Curves folder. 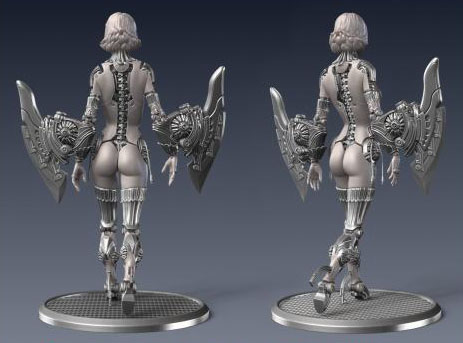 The same model as above, from a different point of view. Model by Marco Plouffe

Note: The Curve mode is different from the LazyMouse Spline and Path options. These other settings snap or constrain the brush action along the spline or path, while the Curve mode applies the brush along the length of the curve.