Give it a Boost 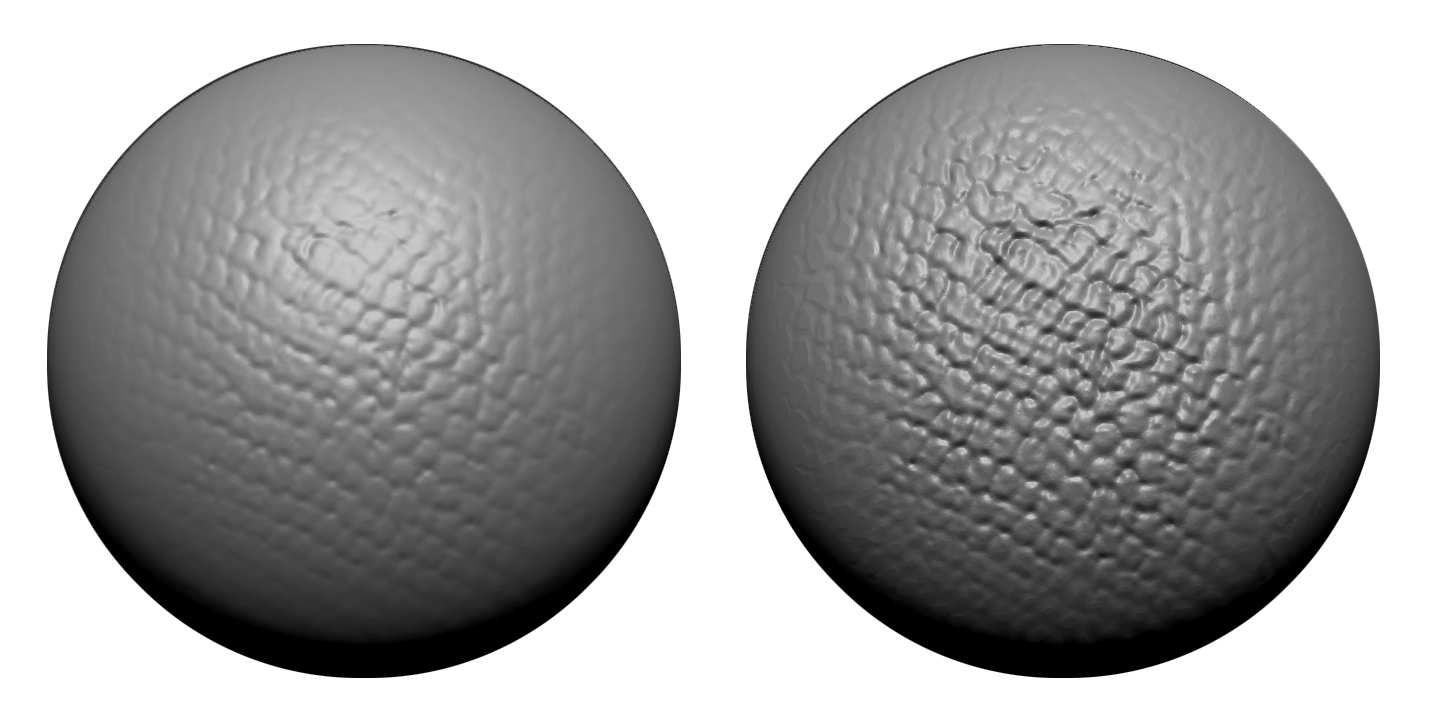 On the left, original sculpt; on the right, after Contrast applied

Didn’t sculpt those wrinkles deeply enough? Need to enhance the details of those fish scales for a 3D print? The Contrast slider provides you with the ability to globally enhance all sculpting details while the Contrast brushes make it possible to focus on specific areas to heighten your sculptural details. Specific depths can be applied on an individual basis and even be adjusted in real-time, giving true freedom to experiment.
Contrast doesn’t merely bump the details. It can also be applied to smooth a surface back towards the original state before any details were sculpted.
Note that the contrast effect will vary depending on the type of geometry, so the effect will be different in a decimated model that has some areas with large polygons than it would be in a DynaMesh with uniform polygon distribution.

The Tool >> Deformation >> Contrast slider will add contrast to your entire model. Adjust the slider to give the amount of contrast you want. Negative values will remove contrast, smoothing the mesh.

The Contrast Target brush will add contrast until a specified target is reached. Set the target by adjusting the Brush >> Modifiers >> Brush Modifier slider. Holding Alt will remove the contrast, smoothing the mesh.

The Contrast Delta brush has no limit and will continue to add contrast for as long as it is in use. Holding Alt will remove the contrast, smoothing the mesh.