Generate a mask based on draft angles

MaskByDraft uses the Draw Draft Analysis features to generate a mask based on the draft angle captured by the camera.
Generating masks from draft angles offers the ability to extract negative molds for prototyping, as well as providing other modeling and sculpting benefits.

For more information on Draw Draft Analysis, search for it at docs.pixologic.com or in the ZBrush Documentation Guide PDF found within the ZBrush installation folder. 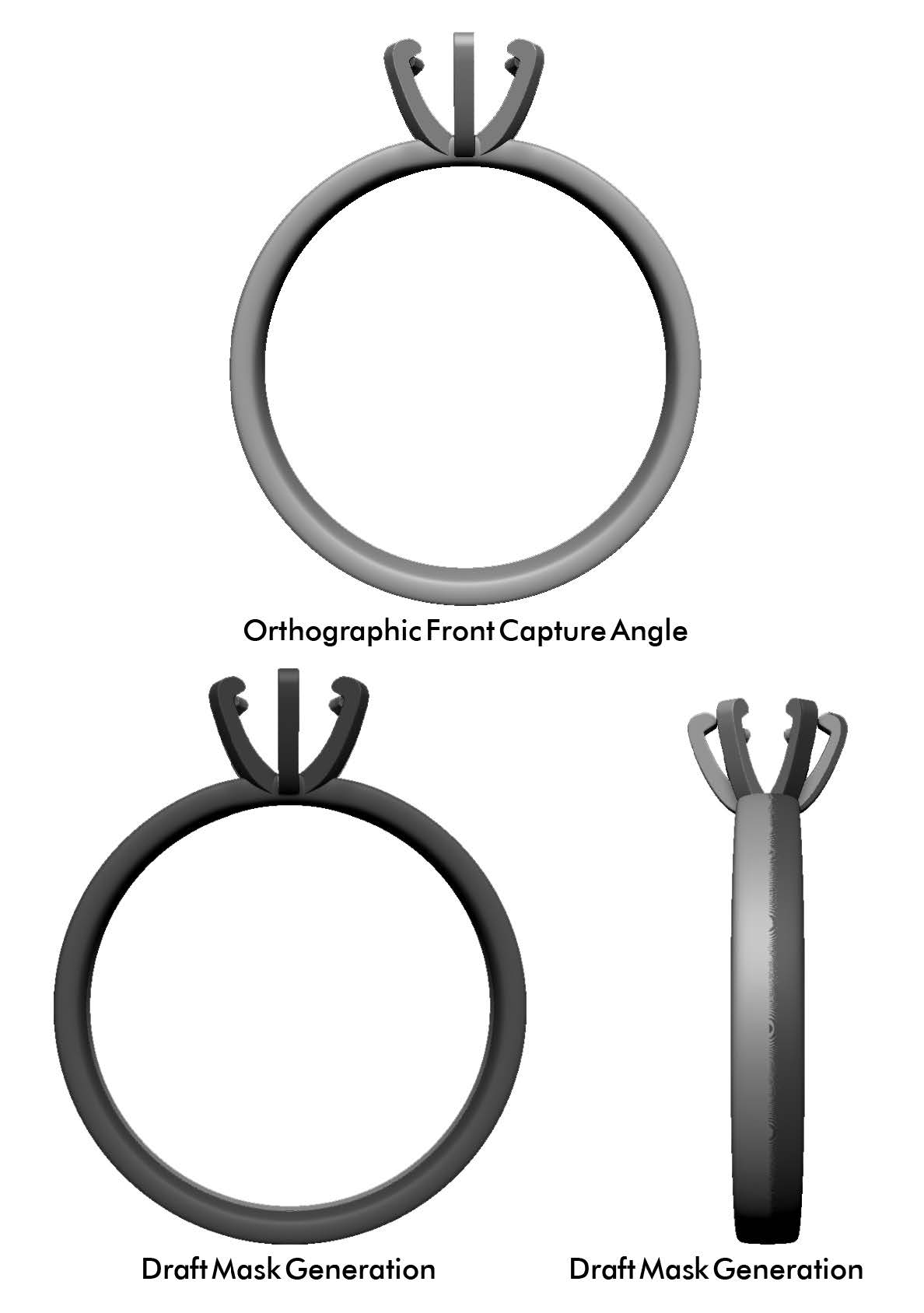 MaskByDraft captures the draft angle of a mesh based on its position as viewed by the camera. Once the model is oriented so that the desired pull direction is facing the camera, click Tool >> Masking >> MaskByDraft to capture a mask. The Draft angle can be adjusted in the Masking palette settings.
Once MaskByDraft has been applied it will store the SetDirection of the draft. The SetDirection can be reset by clicking Tool >> Masking >> SetDir

This slider adjusts the draft angle relative to the camera view before capturing the mask.

This button updates the pull direction of the draft angle relative to the camera. After using this function the MaskByDraft button must be pressed again to update the mask.

This button reverses the current pull direction/draft angle. After using this function the MaskByDraft button must be pressed again to update the mask.