Draw Draft Analysis displays the draft angles of a model for mold making.
Based on a chosen ‘pull direction,’ this feature displays whether the draft angles will allow you to remove a model from the mold, and identify surfaces that may require use of ZBrush model tools to make corrections to any problematic surface angles with real time analysis updates. 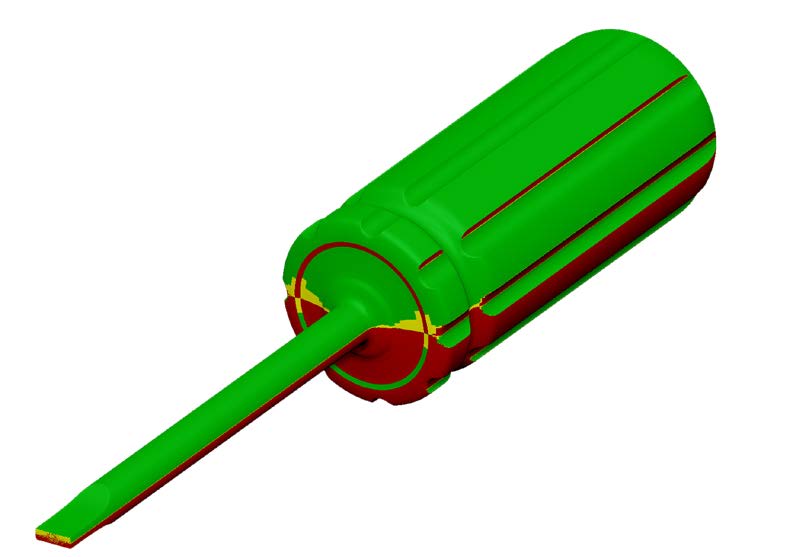 An example model being viewed in Draw Draft Analysis Mode

Once the pull direction is established, the model will be viewed in 3 primary colors: Green, Red, and Yellow.

This slider adjusts the draft angle relative to the camera view. When the Draft Angle slider has been adjusted, the SetDir button must be pressed to display draft angle chang­es from the pull direction.

The set direction button updates the pull direction of the draft angle relative to the camera. 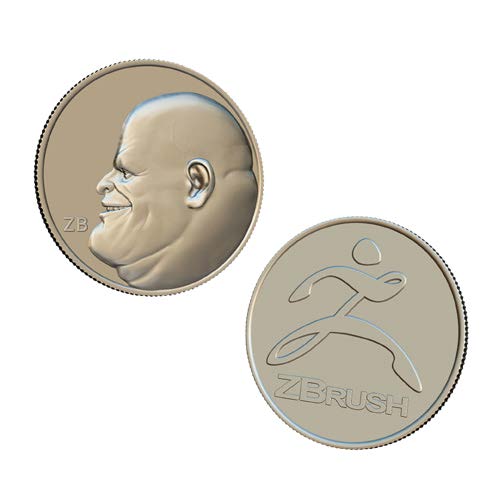 This example demonstrates a coin that will be output to generate a mold from its surface. Using Draft Analysis, follow these steps to identify any problematic angles that require correction before output.
1. Rotate and position the model in top orthographic view using LMB/RMB camera navigation. (*Press the Shift key while rotating to lock to orthographic top view of the coin.)

2. Turn on Transform >> Draw Draft Analysis. ZBrush will capture the “pull direc­tion” based on this orthographic camera position.

ZBrush will disable Perspective Mode if previously enabled.
From this pull direction, the coin mold separation line will exist at the center of the top and bottom halves

3. Viewing in Draw Draft Analysis mode, make corrections to any red areas on the surfaces before final output. 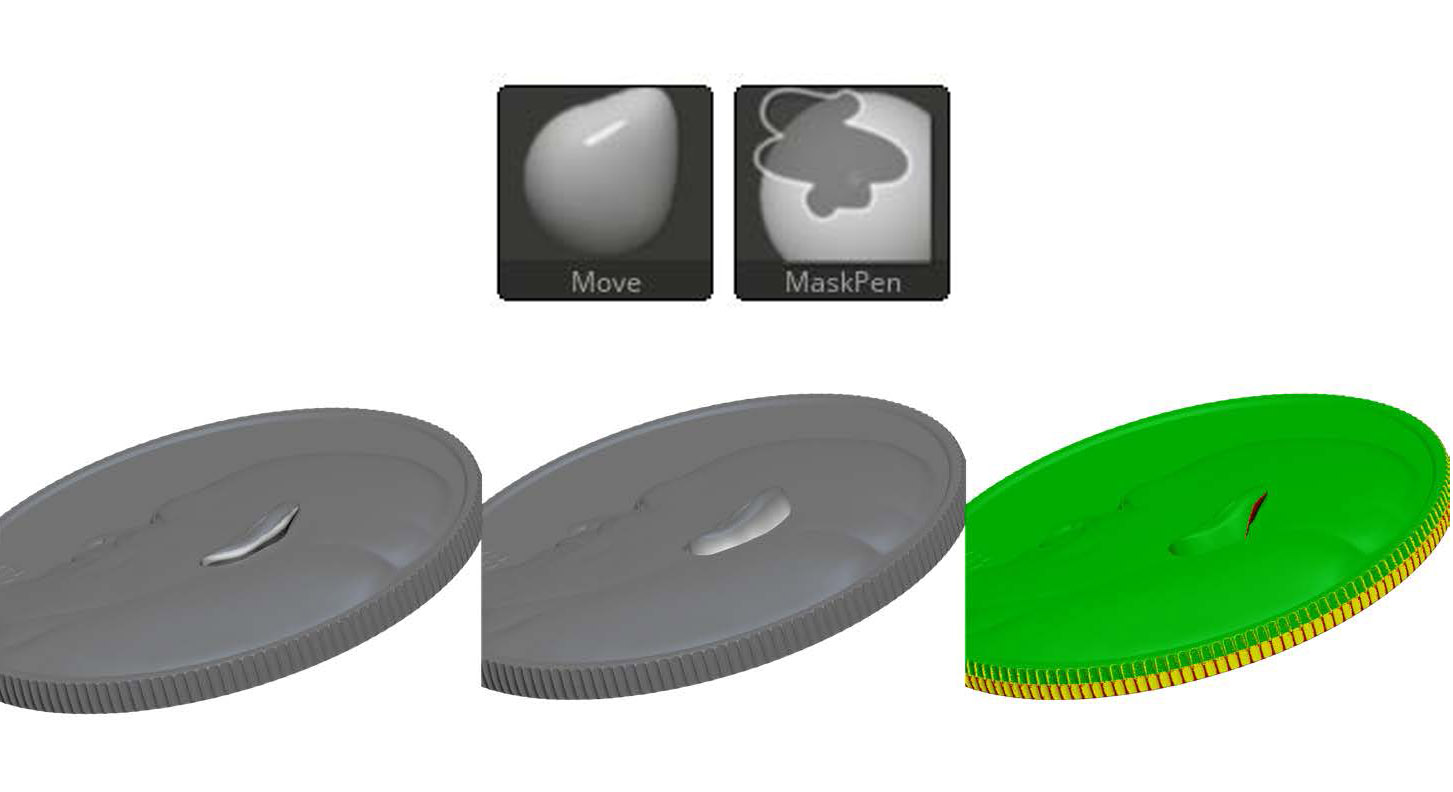 4. Clear the mask and DynaMesh to weld all surfaces together. 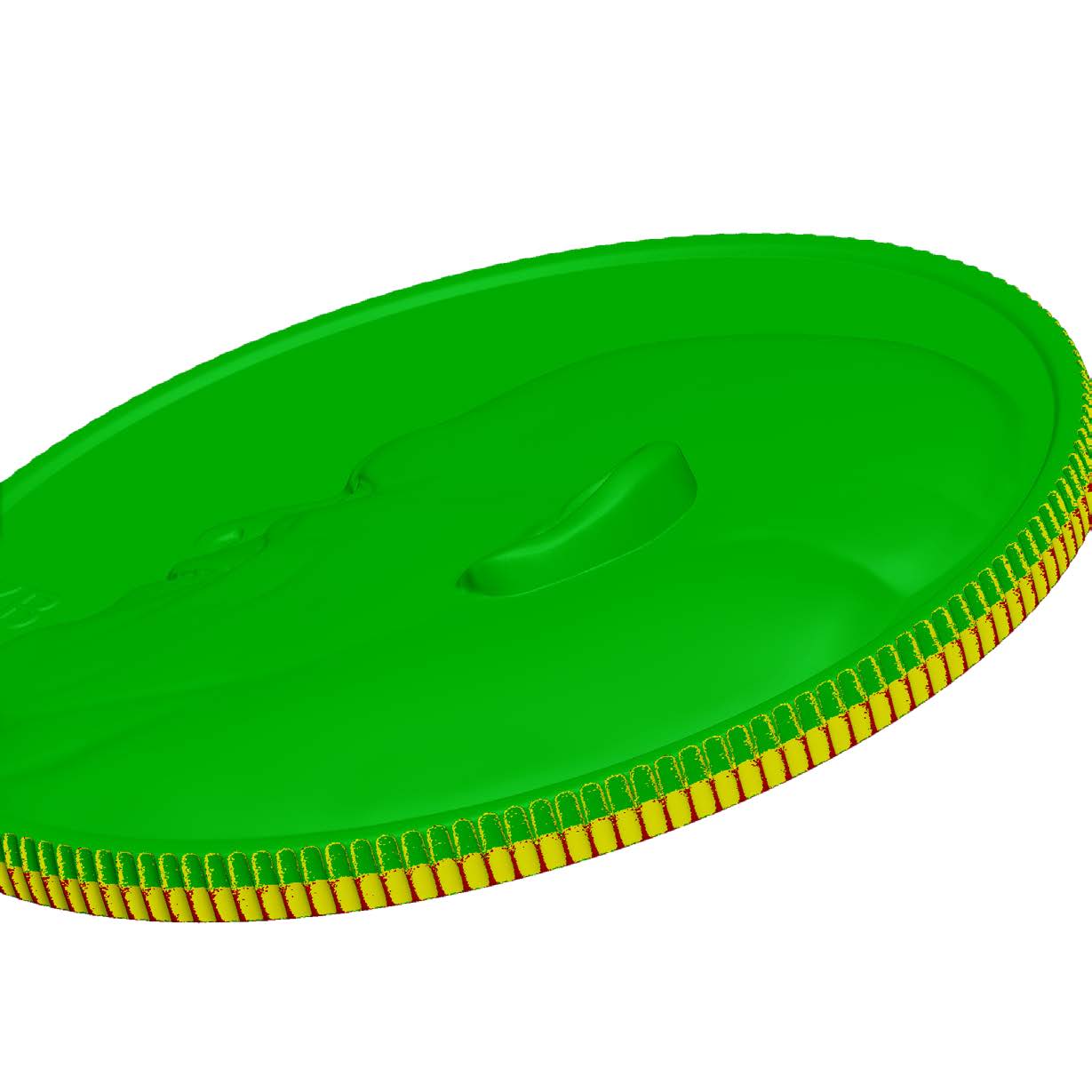