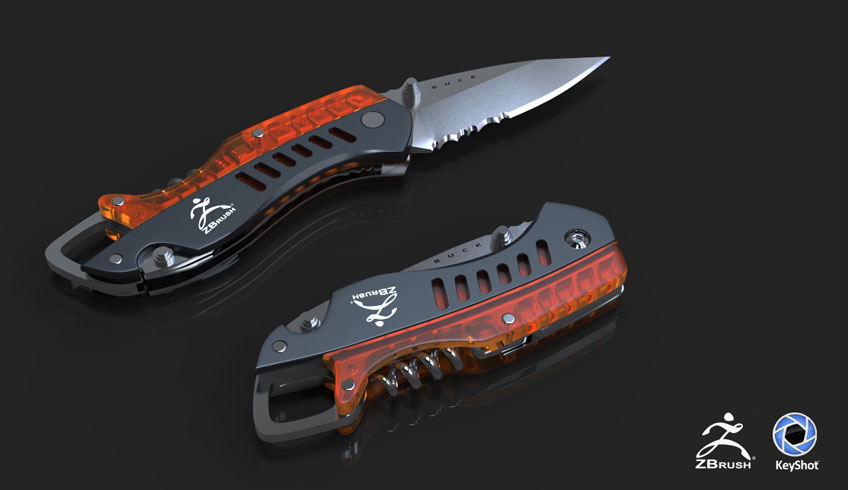 The ZModeler is a new brush containing a set of polygonal modeling functions that will allow you to quickly generate a wide variety of shapes — from environmental assets to parts for your next IMM brush. This new brush is for extremely low resolution modeling and will give you the control to build just about any base mesh or object with as few polygons as possible. With its unique snapping ability you will also now find it even easier than ever to create holes, add edge loops, or maybe even create your very own robot.

The workflow is quite simple and is based on two main principles: Targets and Ac­tions.
The ZModeler brush has a set of Smart Targets, such as a “Single Polygon”, “Poly­Group,” or “PolyGroup Border.” These Targets remove the need to manually perform selections before performing a modeling Action.

The ZModeler Brush contains most of the common functions found in 3D-modeling packages but also has a few smarter ones like the QMesh Action. Not only does this of­fer you the ability to extrude but also to fuse the extrusion with any adjacent or crossed polygons. The QMesh Action also allows you to quickly remove blocks of polygons, move pieces of geometry or extract parts of your mesh to create new polygonal islands. You will find that QMesh will become your primary poly Action.

The ZModeler brush contains thousands of Action and Target combinations, putting astonishing power behind something that is so easy to learn and use. With just a little practice, ZModeler and QMesh will undoubtedly become a new favorite in your arsenal for creating low res geometry assets in ZBrush.

In addition, there is a comprehensive series of ZModeler videos to help you get to grips it.