Snapshot3D in SpotLight takes any alpha loaded from the Alpha palette or a previously saved SpotLight preset and uses extrusion to generate a 3D model representing this alpha. This model becomes a new SubTool. 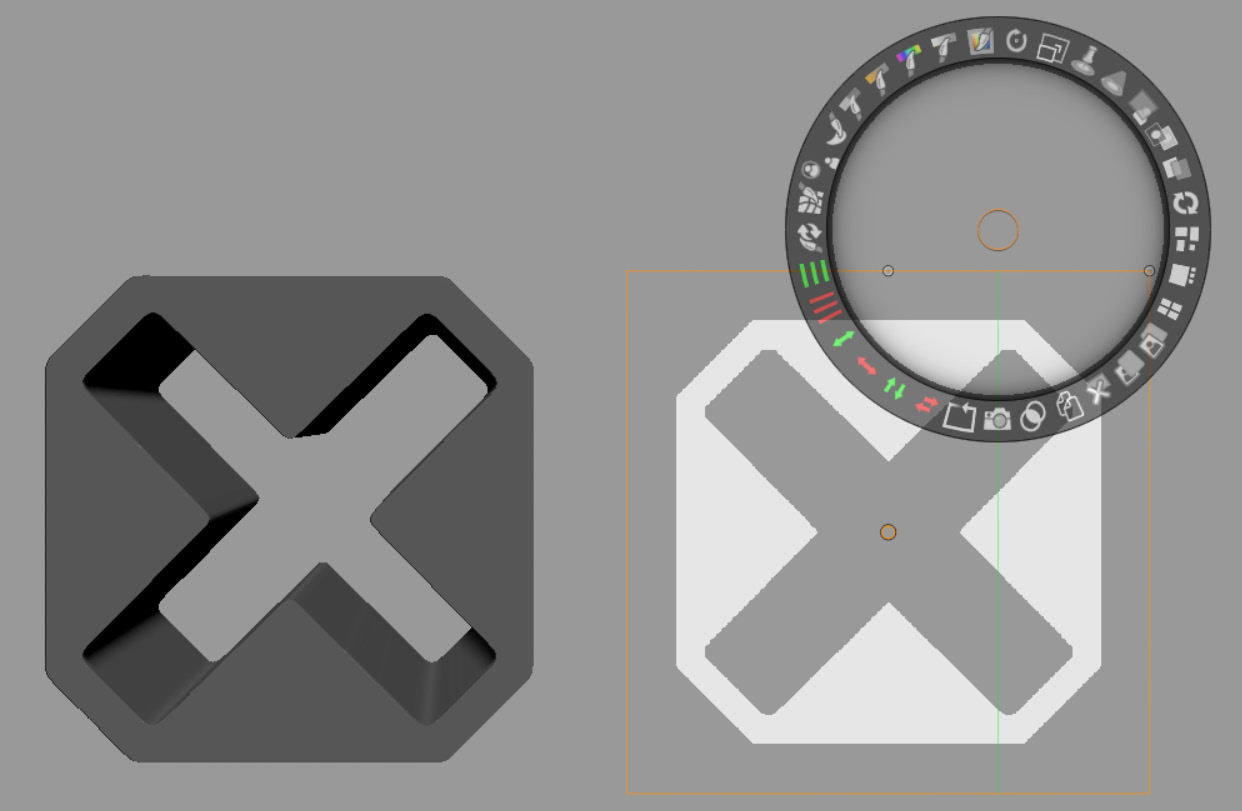 A 3D model generated by Snapshot 3D on the left and on the right the source Alpha.

Because the alpha is loaded within SpotLight you can use the various SpotLight features to alter and modify the image. These features allow you to perform basic operations like rotation and scaling, along with more advanced functions such as tiling the image, extending it, generating an outline and many other transformations. It is even possible to use multiple alphas to create a more complex one by adding or subtracting them through Boolean-type operations.

Generating a model from the selected alpha using Snapshot3D performs a union function. By default, this action will generate a regular SubTool. However, if you hold the ALT key while clicking the Union command, ZBrush will produce the new SubTool with a Subtractive flag. It will then be considered as a negative SubTool by the Live Boolean system.

On the left, the alpha controlled by the SpotLight widget will be snapshotted with the Alt key pressed. In the center, the resulting negative SubTool. On the right, the model with Live Boolean activated.

This is where Snapshot3D shows its true power. By combining the generated mesh­es via the Live Boolean system ZBrush will preview the result in real time. With just a few clicks, Snapshot3D can create complex primitives which can then be combined to create complex models in very little time.

Note: Please refer to the Live Boolean documentation to learn more about Boolean operations in ZBrush.

When a 3D model is created, its depth (or length) is based on the size of the currently selected SubTool. Its orientation is based on the current screen working plane. This means that it’s important to consider both the currently active SubTool and your camera position before using Snapshot3D to create a new model. Of course, the shape can always be modified later through the 3D Gizmo, TransPose and other ZBrush features.