MicroMesh is a BPR render feature which allows you to replace a FiberMesh object’s fibers or the individual polygons of an object with another 3D model. In other words, a model’s Fibers or separate polygons are rendered as if they were actually instances of the selected 3D model. 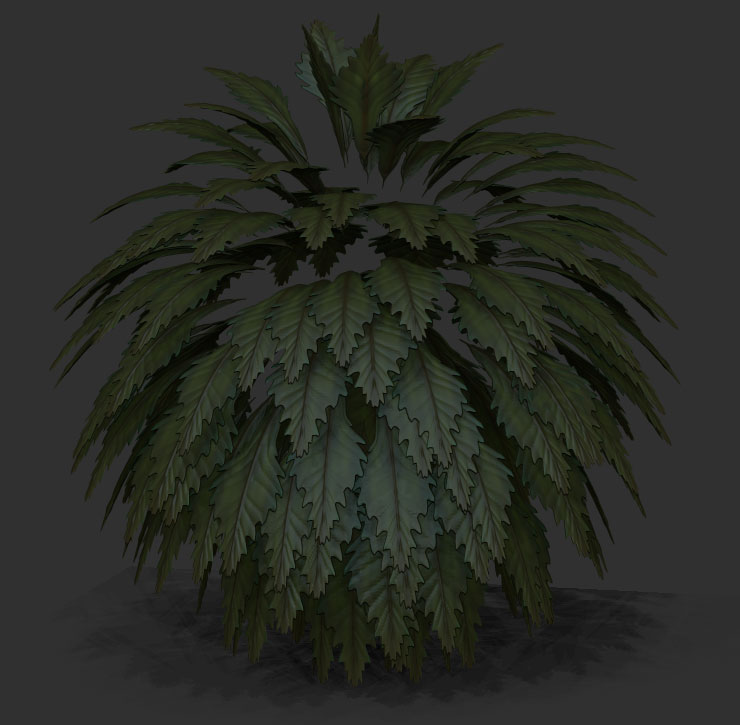 This solution is a great way to create rich renders with many details very quickly and easily. For example, you could put individual feathers on a bird or scales on a lizard.

For more about BPR see the Render section.

MicroMesh uses a selected PolyMesh model to replace all the polygons of the current SubTool at render time using the BPR render. The PolyMesh will be duplicated once for each polygon of the target SubTool. To do this you need to select a model to use as your MicroMesh by clicking Tool > Geometry >Modify Topology>MicroMesh.

MicroMesh preview on the left and BPR render on the right

As soon as the MicroMesh is selected, a preview will appear on each polygon of your current SubTool. The preview will give you an idea of how your MicroMesh will look before doing the actual BPR render.

To get an understanding of how your MicroMesh will be viewed relative to a polygon we recommend temporarily appending the Plane3D to your defined MicroMesh in Step 1 above. Use this to evaluate if the MicroMesh will be clipped by any one polygon. You can then delete the Plane3D SubTool so that you’re ready to move to step 2.

The MicroMesh feature will replace every polygon of any standard mesh. However, when using MicroMesh with a FiberMesh object, the MicroMesh will be stretched along the individual fiber regardless of the number of segments that are in each fiber.

To protect portions of your model from the MicroMesh you will need to split the object into separate SubTools.

To instruct BPR to render your MicroMesh you must enable the Draw SubMesh option, located in the Render >> Render Properties sub-palette.

The Tool > Geometry > Convert BPR To Geometry button will convert any MicroMesh (including FiberMesh) to actual geometry that you can sculpt just like any other mesh. Bear in mind that complex models will result in a lot of polygons that could exceed your system’s capabilities.