The Slice brushes are not brushes in the traditional sense but rather are similar to the mask, smooth and selection brushes in how you access it. First you select the desired Slice brush and then ZBrush uses that brush any time you hold the modifier keys. (In this case, Ctrl+Shift.) This brush does not use standard symmetry and can’t be used on a mesh with multiple subdivision levels. If you wish to maintain your subdivisions, first use the Freeze Subdivision Levels option located in the Tool > Geometry menu. Establish symmetry by using Mirror and Weld in that same menu.

On the left, the original model with the Slice brush Curve. In the middle and in the right, the resulting topology and the two polygroup created by the brush.

This brush simply slices the model’s geometry and creates a different PolyGroup on each side of the drawn curve. The Slice brush curve system is similar to the Clip brushes. For more information about them, please read the corresponding chapter in this document.

When slicing the model, the corresponding curve adds to the model’s topology. Triangles will be created where a quad cannot be created from the slice of the curve.

When combined with DynaMesh and its Group option, the Slice brush lets you literally split your mesh in two pieces along the curve. Upon remesh, ZBrush will create two objects with separate PolyGroups. However, even though new pieces are created they are still part of the same Tool or SubTool. If you need to split them into separate SubTools, simply use the Group Split function found in the Tool > SubTool menu.

The Slice Curve, combined with the DynaMesh.

When using the Slice brush and activating the Brush >> Clip Brush Modifiers >> Brush Radius (BRadius) option, the Draw Size (the brush radius) will be used to create a PolyGroup along the curve with its width defined by the brush size value. In essence there will be two lines created when this option is activated. 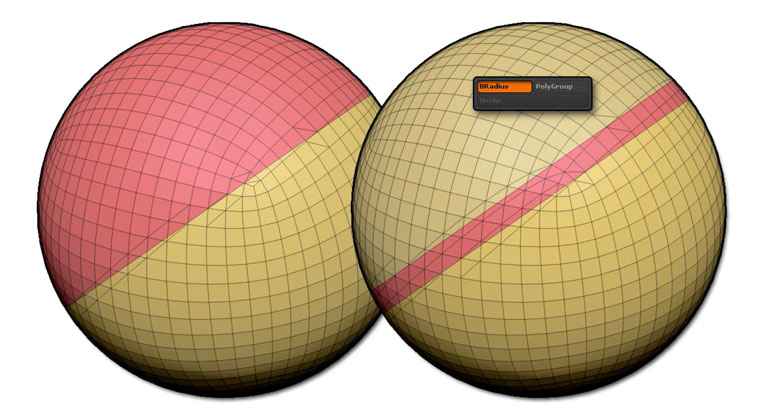 The Slice Curve brush can be used with partially hidden geometry. This makes it easier to create accurate and precisely located Poly­Groups on your model prior to using features such as the Panel Loops or Groups Loops. 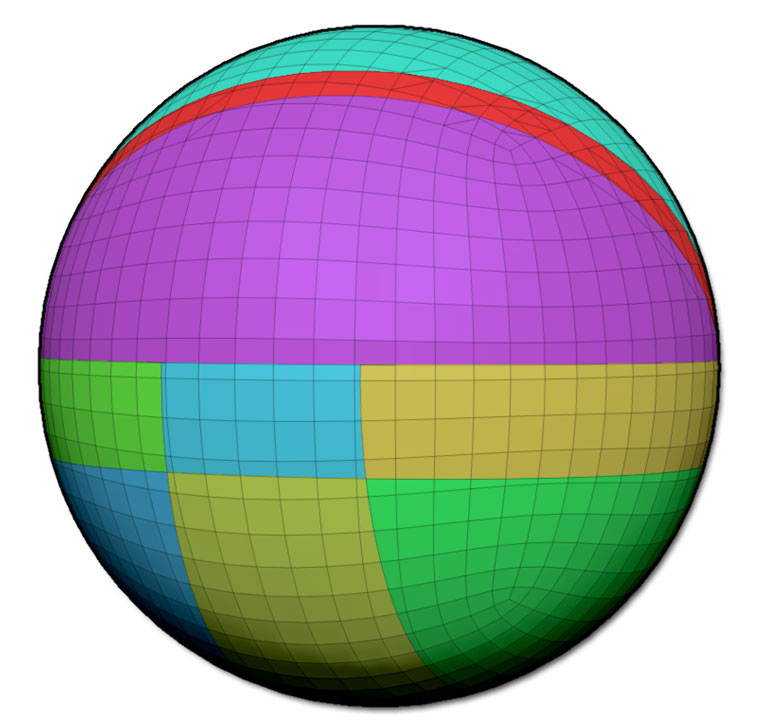 The PolyGroups on the bottom were created while the top of the sphere was hidden.